I remember first hearing about a possible book years ago. I might have even received an email from the author, but disregarded it with the same naivety that accompanied my first responses to questions from an investigator. It would be preposterous for any self-respecting writer to further embellish encounters already proven inaccurate by authorities, or so I thought. I sometimes choose to forget the old adage “sex sells” and in doing so, believe people are earnestly chasing truth – not dollar signs.

This ideal has been tossed aside once again as author Lisa Taddeo prepares for the release of “Three Women”, a book being advertised as narrative nonfiction despite the glaring inaccuracies with one of the stories. It should be noted that this is only a critique of this singular recounting in the book, not Taddeo’s work as a whole. I can only speak from experience. However, it’s easy to assume if there exists inaccuracies in one story, there could easily be inconsistencies elsewhere. (Also, the book releases in two weeks so I am limited to online excerpts, interviews and reviews. This will be updated as more information becomes available. The online content is enough to reveal Taddeo’s true intent.)

The book’s promotion hails “eight years” of interviews and research by this so-called journalist as some sort of credential of authenticity. In reality, the lengthy time period for collecting information only further solidifies the author’s true purpose. No credible author or journalist would blatantly disregard truth. In this case, the author latched onto a top story in the region because there was the possibility of a paycheck. Honestly, I can’t fault Taddeo for chasing money, but her unethical methods are disheartening as a teacher, journalist, and father.

It goes without saying that it is always crucial for all parties to take any accusations seriously and thoroughly consider all evidence. As with any service profession, the risk of unfounded accusations makes teaching even more treacherous. However rare it might be, there are instances where accusations are untrue. Once accusations are shown to be false, it becomes difficult to address them without being labeled as victim-shaming.

Taddeo’s book infinitely compounds this concern. Her six-figure book deal once again shows there is money to be made in promoting the fictional as fact and in doing so sensationalize teacher-student relationships. Many early reviews discuss the unbelievable scenarios she details in the book.

There’s a reason people can’t believe it’s nonfiction, because at least one story is a figment of a young girl’s imagination. In publishing a woman’s fantasies and claiming it is nonfiction, Taddeo creates an environment where hearsay can be considered fact and then embellishes those false facts to the extreme. In that scenario, no teacher can be considered safe from false accusations becoming published as “nonfiction”.

The new details she reveals in the accuser’s story make it even easier to prove the inaccuracies, which Taddeo would have discovered if she had been acting as an actual journalist.

Johanna Thomas-Corr from the Evening Standard had the same, incorrect, assumption:

A journalist’s job is to seek truth and minimize harm. If she truly wants to call herself a journalist, Taddeo misses on both fronts. The Guardian printed a book excerpt that involves specifics about a lesson in school, a vehicle and a purchase at a local book store, all of which are not based in reality.

Excerpts via The Guardian: 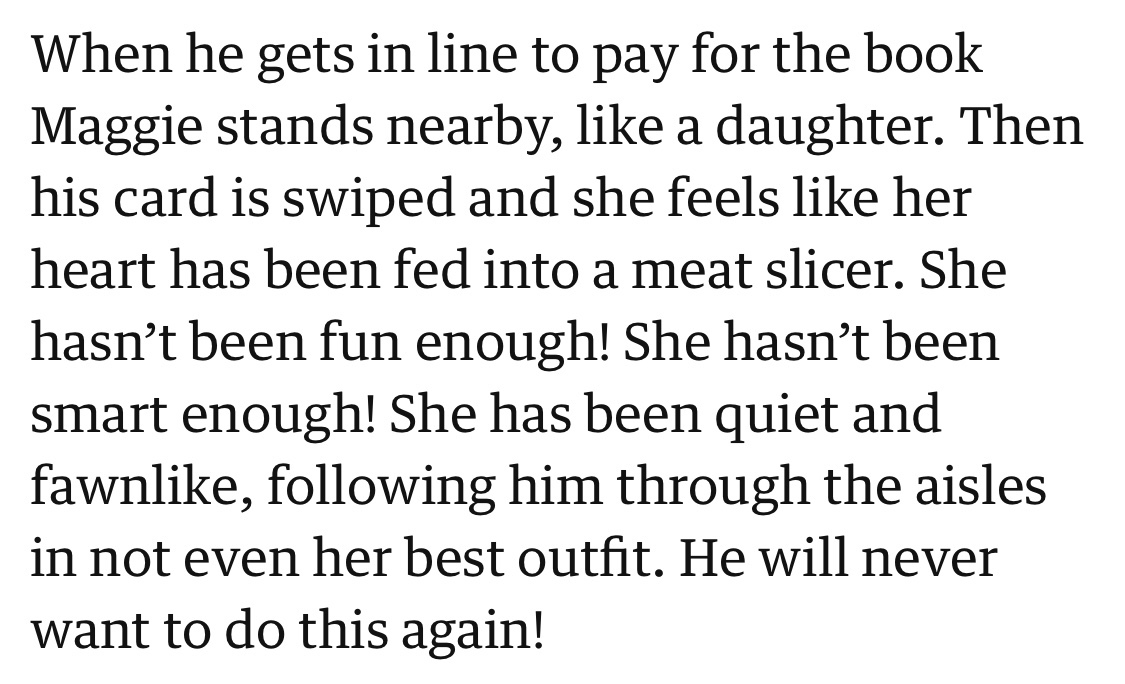 The new details included in this recounting were not included in the actual investigation or trial. It’s not hard to imagine why. Details, such as a class lesson, credit card purchase, car type and book title are easily verifiable. The movie lesson would be easily found in the school’s digital lesson plan archives and other digital time stamped files. The credit card swipe described by Taddeo offers a specific time and location, which makes it easy to review statements and show no such purchase took place. Additionally, the high school owned class sets of the book so a teacher would not purchase another copy. The vehicle is also verifiable. For actual journalists, vehicle records are accessible and a quick search shows that a vehicle by that description was never owned by the teacher or his family.

A New Statesman review by Megan Nolan says the text also refers to the accuser’s description of the teacher’s house. 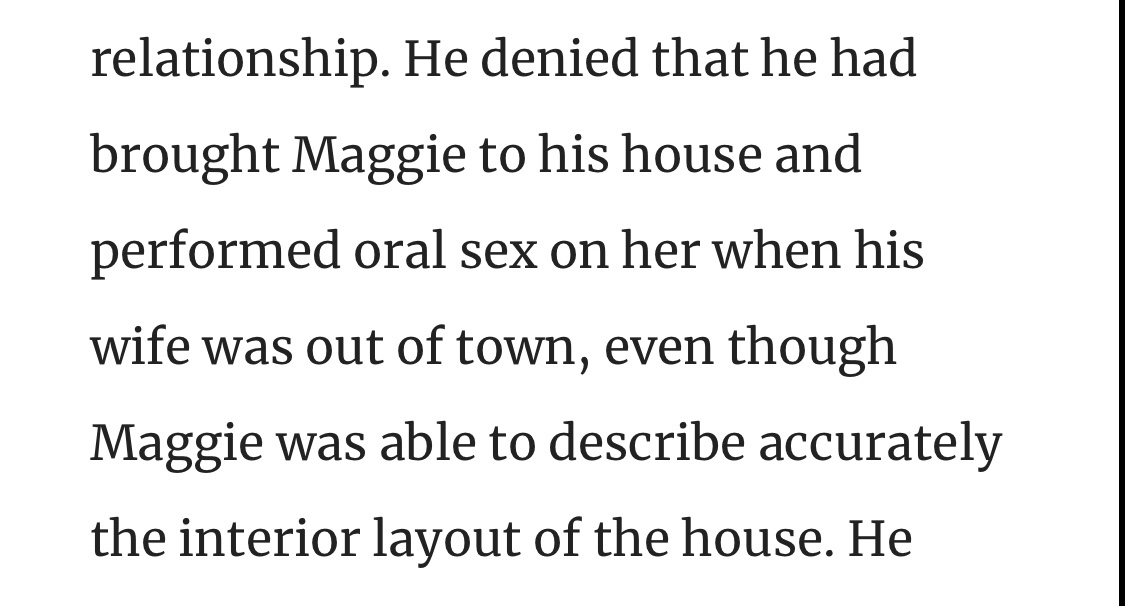 Again, research would prove that during the trial her description of the layout was proven wrong. She described the house based on how it was staged for sale from online images, not the actual layout and decor from the time period in question.

This is only a small section of Taddeo’s text. If these details are any indication, there should be serious factual concerns about the book. It could be argued that one or two details might blur the line of reality as time passes, but the culmination of numerous false facts should disqualify this book from being categorized as “nonfiction”.

Taddeo attempts to explain this retelling is “seen through her eyes”, maybe in an effort to distance herself from responsibility to the truth. She also discredits the judicial process in this excerpt: 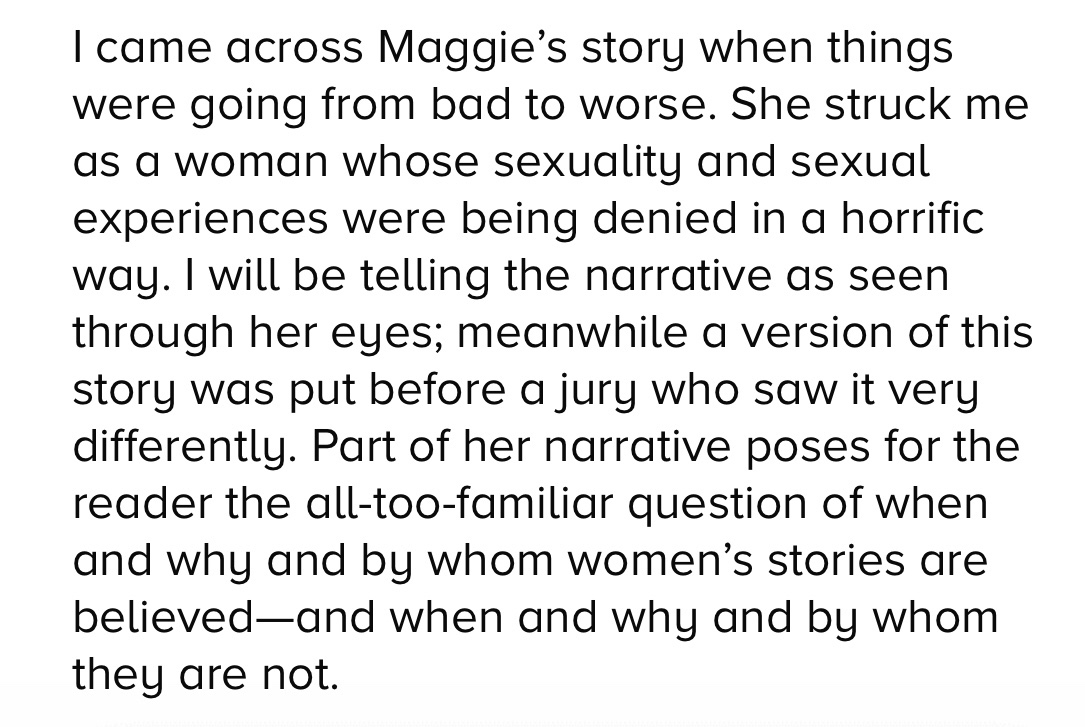 She claims there is another “version” of this story in much the same way KellyAnne Conway argues for “alternative facts.” A real journalist does not report versions, a real journalist reports truths.

The art of journalism is already under fire in today’s political climate. Using the term “reporting” when discussing this book to justify the inaccurate sensationalism only furthers people’s distrust in the field. Not only will the public see this as journalistically shallow, but it also does more harm than good to actual victims, which saddens me as a father.

I have three young daughters. It would be difficult for me to list the daily concerns I have for them as they grow. Helping them to become independent, honest and hard-working women is my ultimate goal. It frightens me to consider some of the possible scenarios where they could be treated as anything less than the strong young ladies they are today. When someone props up individuals who are making provably false claims, as Taddeo does in her book, it further contributes to a culture where actual victims struggle to be heard.

In an interview in Marie Claire with Kimberly Cutter, Taddeo references the #metoo movement and acknowledges that this story should be associated with it. 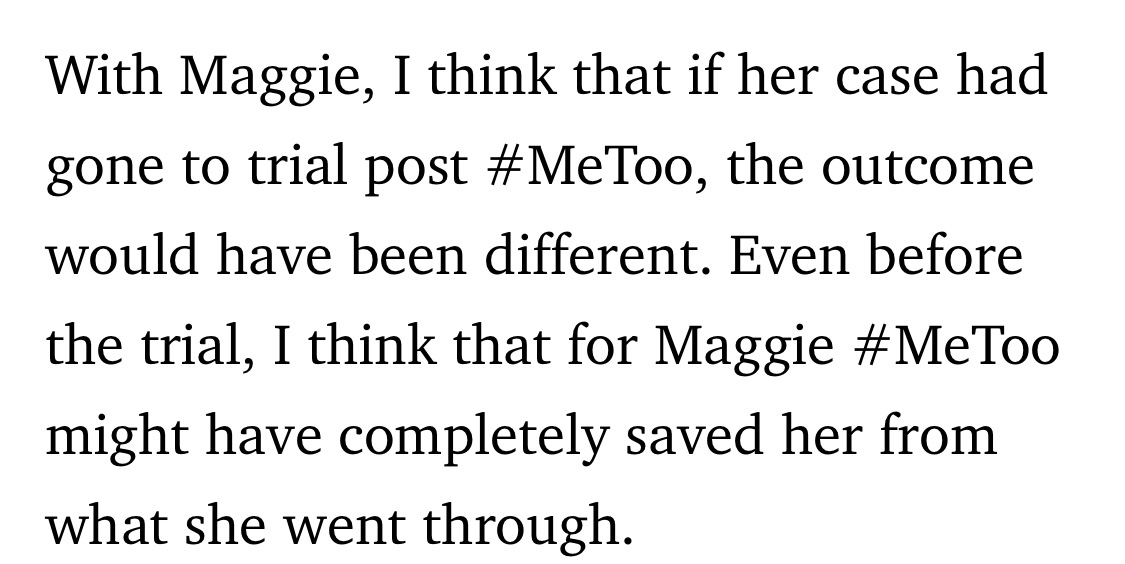 Unfortunately, individuals who dive a little deeper into the details of this specific story will discover it is actually detrimental to the #metoo agenda. In the same way journalistic errors are used to attack the credibility of the press, naysayers will find it easy to use Taddeo’s inaccurate narrative to diminish the #metoo message. Promoting a false scenario as fact will make it even more difficult for actual victims to come forward.

The fact that Taddeo, knowingly or not, provided this ammunition for individuals who want to invalidate actual abuse sickens me. Heaven forbid my daughters experience any type of physical trauma in their lifetime. It’s people like Taddeo who create unimaginable suffering for victims by seeking profit before principles.

Even with the book, there will be no changing of opinions with regards to the outcome of this ordeal. Whether people research the facts, or like Taddeo simply embellish the lies, public opinion will remain entrenched just like everything in the public sphere. This book only proves there is still profit to be made on other’s pain.

Jeremy Murphy is a journalism and English teacher. This blog represents his observations from his professional growth in his 13-year career. In no way should this be mistaken for advice or any form of professional expertise. If you are looking for an expert in teaching, English and/or life, you are on the wrong site. You can follow Jeremy on Twitter at @mr_jmurphy or email him at jeremypmurphy@yahoo.com

One response to “Sensationalism still sells”